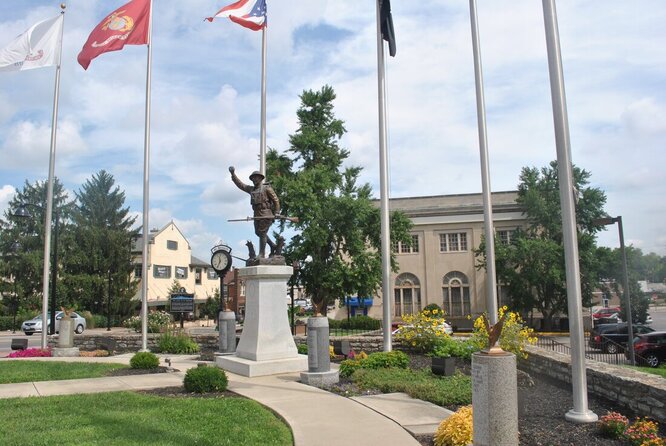 In small park area on grounds of City Hall, at corner of Vine Street and Washington Avenue.

The engraving on the front of the base reads:

The Doughboy was dedicated July 4, 1925. It stands between two cylindrical memorials placed in memory of named individuals who died in World War II (25) and Korea (1). 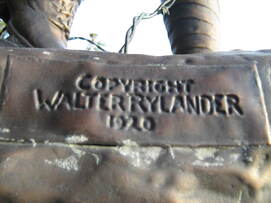 Photo: Waymarking.com.
This is one of just four Viquesney Doughboys known to have copyright marks reading “Copyright Walter Rylander 1920.” Walter Rylander of Americus, Georgia, was Viquesney's business partner and one of the WWI veterans who was said to have posed in wartime gear as one of the models for the Doughboy, which may only be partially correct: According to Viquesney himself, the statue's face is a composite of at least 50 different WWI veterans, and he never mentioned Rylander as one of them.

In 1922 Viquesney was sued by Jules Berchem, operator of American Art Bronze Foundry of Chicago, Illinois, for copyright infringement in regard to a similar-looking statue they produced, John Paulding's "Over the Top". In January that year, Viquesney, perhaps in an attempt to raise money for a settlement, sold all the rights to his Doughboy to Rylander, who then controlled Viquesney's American Doughboy Studios for the next four years until January 1926, when Viquesney regained the rights.

Other known Rylander copyright marks are on Doughboys at Bolivar and Sedalia, Missouri, and Muskogee, Oklahoma. Doughboys placed with Rylander copyrights didn’t have the name “Spirit of The American Doughboy” in the copyright plate. Thus the Doughboy has been known in St. Bernard by names such as “Veternans Memorial Statue,” “Soldiers and Sailors Monument,” “World War I Doughboy,” and “St. Bernard War Memorial”, rather than by its true title, "The Spirit of the American Doughboy".

The Doughboy was restored by Karkadoulias Bronze Art of Cincinnati in 1971 and has been well maintained since then. In 1999, St. Bernard Mayor Barbara C. Siegel wrote a complimentary letter to Marcene Karkadoulias about the results of that restoration and also stated that St. Bernard holds its Memorial Day observance at the monument each year. In the letter, Mayor Siegel referred to it as the “Veterans Memorial Statue”.
Below is an old undated photo from around the 1940s that possibly shows the Memorial Day parade in St. Bernard. The Doughboy can be seen in the lower right corner. Thanks to John Russell of Cincinnati, who supplied the photo through our Facebook page. 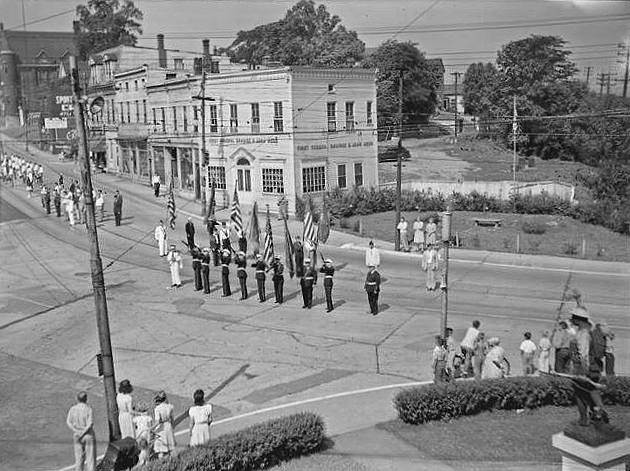 Photo from the collection of John Russell.