In middle of intersection of Cherry and Perry Streets.

Dedicated July 10, 1927.  Acquisition of the monument was sponsored by Phillips County Memorial Association, the 7-Generals Chapter of United Daughters of the Confederacy, and the City of Helena.

For 40 years, part of the rifle barrel and the bayonet were missing, and the statue needed cleaning and treatment. In January of 2016 the Helena Doughboy had its bayonet and rifle end restored. The restoration was paid for by the Helena-West Helena Advertising and Promotion Commission under the guidance of Brigadier General (Ret) Riley Porter, Air National Guard. David Nunnley fabricated the replacement bayonet.

​Thanks to John Edwards of the Law Offices of Anible & Edwards for the updated information. 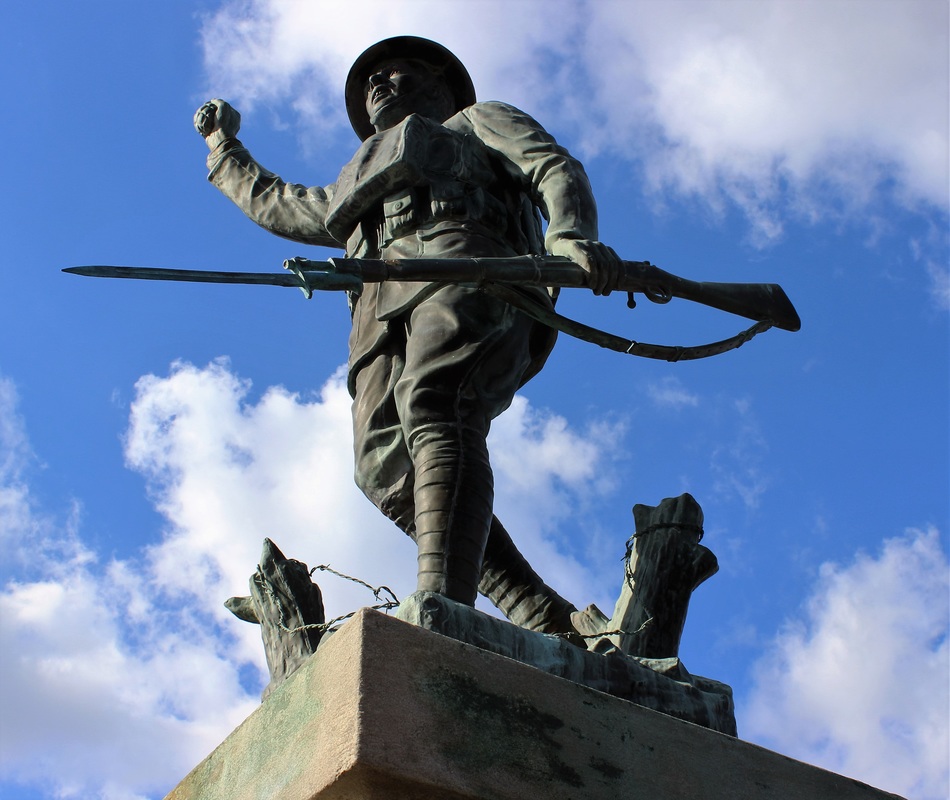 The Helena Doughboy was featured some years ago on a Christmas ornament, possibly as a fundraiser. 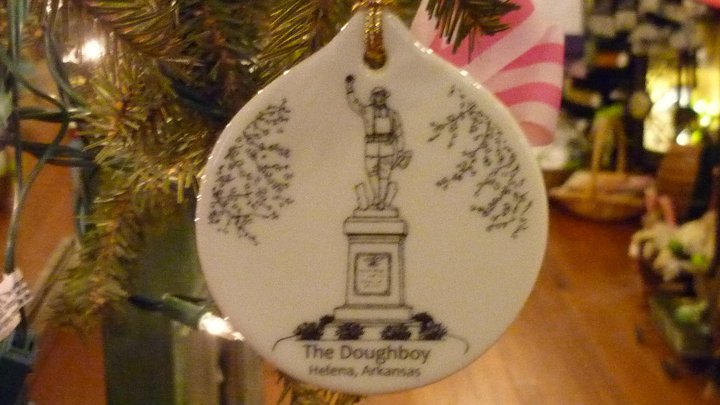