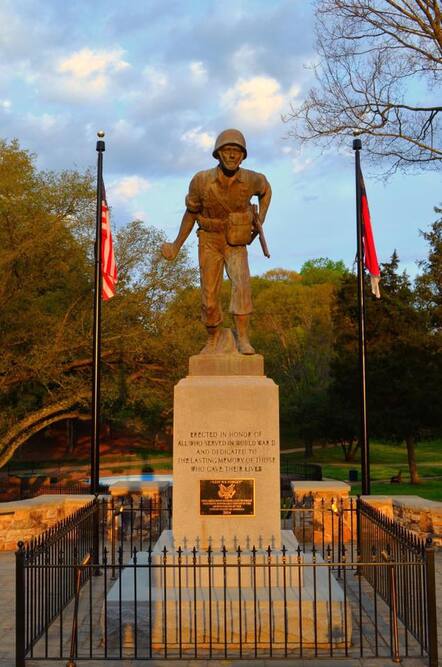 The statue at its new downtown location. Thanks to Sybil Hicks for the photo.

The inscription on the pedestal reads:

Dedicated November 1946, and may be the first Viquesney public monument dedicated after his death, which occurred the month before. When the statue was first being cosidered at the end of WWII, community leaders discussed where to put it. Among suggestions were the city hall or the post office, but it was finally decided to place it in front of Belmont Middle School. At the time the photo above left was taken in 2005, the statue had been missing its Tommy-gun for years and was in need of treatment. Since then, there were developments (see below) which ultimately resulted in the statue's most recent move to Stowe Park. 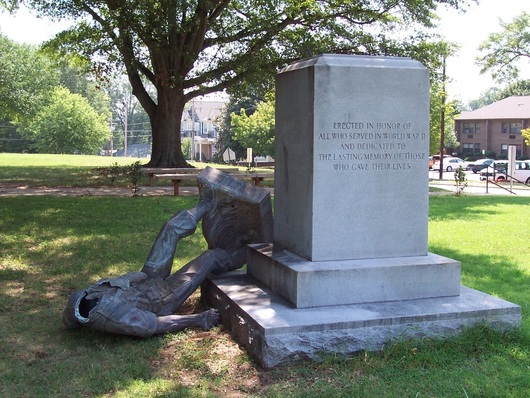 Update: February 10, 2012: Three men were arrested and charged in connection with the case.

Update: July 18, 2012: The statue was repaired by Conservation Solutions, of Washington, D.C. and placed back on its pedestal. The company also has a Facebook page.

Update: June 16, 2014: The statue was moved to Stowe Park, with fence, security lighting and cameras.