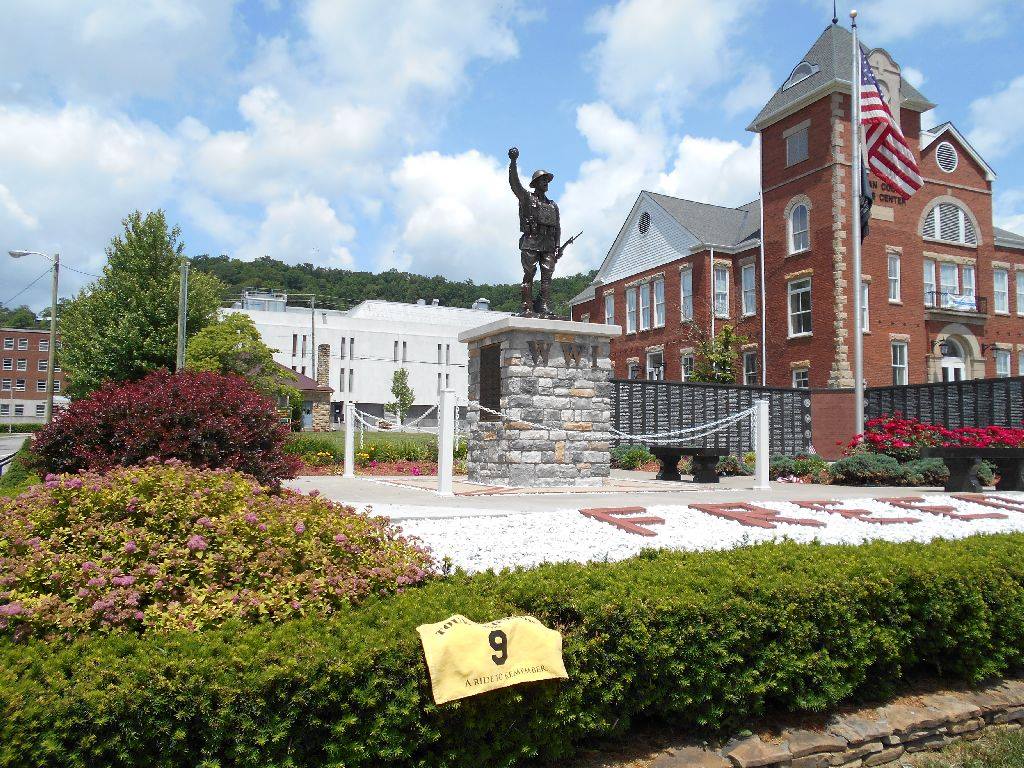 The Doughboy on its new, redesigned base. Photo: Tour of Honor rider Jim Clement.

The plaque inscription on the front reads:

TO THE BOYS OF ROWAN COUNTY WHO GAVE
THEIR LIVES IN THE SERVICE OF THEIR
COUNTRY DURING THE WORLD WAR, THIS
MONUMENT IS HONORABLY DEDICATED.

THE RIGHT IS MORE PRECIOUS THAN PEACE.
WE SHALL FIGHT FOR THE THINGS WHICH WE HAVE ALWAYS
CARRIED NEAREST TO OUR HEARTS.
TO SUCH A TASK WE DEDICATE OUR LIVES. Woodrow Wilson
A plaque on the base below the Doughboy’s right honors those gave their lives in World War II, Korea and Vietnam. 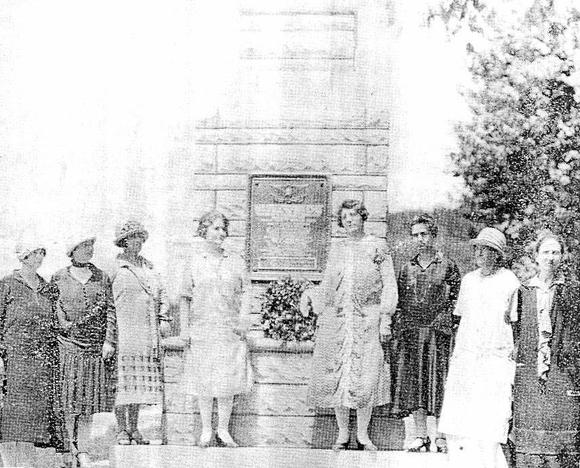