In triangular shaped island on South Sycamore Street at the intersection of North Boulevard in the Walnut Hills residential neighborhood.

LEST  -  WE  -  FORGET
-------
THIS MONUMENT IS PRESENTED TO
THE CITY OF PETERSBURG
BY
PETERSBURG POST NO. 2
THE AMERICAN LEGION
AND AFFECTIONATELY DEDICATED
TO OUR COMRADES WHO MARCHED
OUT WITH US DURING THE WORLD
WAR AND DID NOT COME BACK
NOVEMBER 11TH, 1928 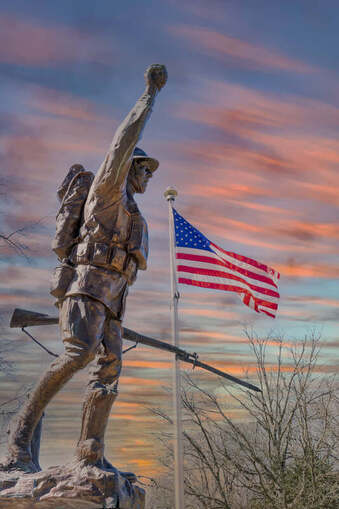 Photo: Edwin Betts, Petersburg, Virginia.
The Doughboy was restored in about 1997 and is in very good condition. The monument is flooded with ground lighting at night.

Compared to the old postcard view above, the more recent photos show a differing position of the rifle, pointed slightly downward. The rifle once pointed slightly upward, and there is now a more pronounced sag in the rifle sling.

Petersburg was the site of many Civil War battles and is an important strategic location in that war. The city has many Civil War monuments and historical places.

​The statue is known locally as "The Old Soldier".

Update April 2019: Local Eagle Scout Nicholas Riggs revamped the triangle area where the Doughboy stands. He reseeded the ground, added topsoil. removed some shrubbery, and had a new stone bench and 25-foot flagpole installed.
Below, an original press photo from 1928 shows the dedication ceremony. Amos A. Fries, Chief of the Chemical Warfare Service of the United States Army.delivered the dedicatory address. 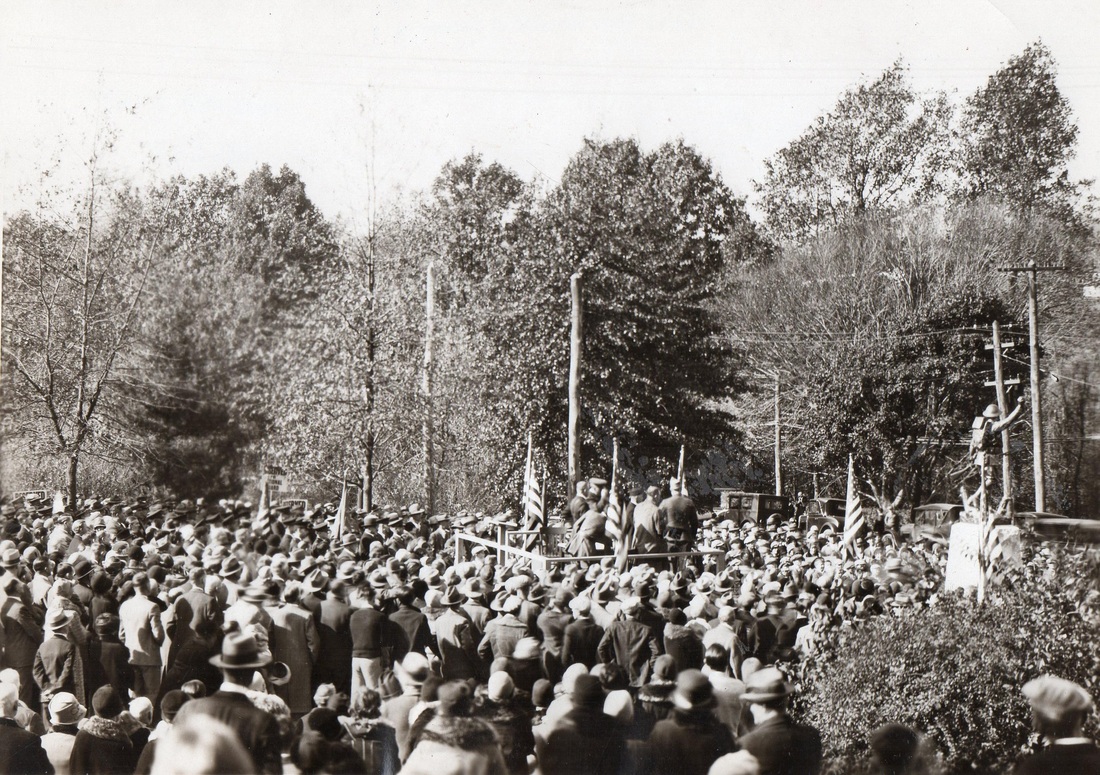 A crowd gathers at the 1928 dedication of the Petersburg, Virginia Doughboy.
Photo originally credited to Virginia State Chamber of Commerce.
Update, July 16, 2020: The statue and base were toppled by a hit-and-run driver. The city called in a crane and quickly righted the statue, which luckily suffered only minor dents.