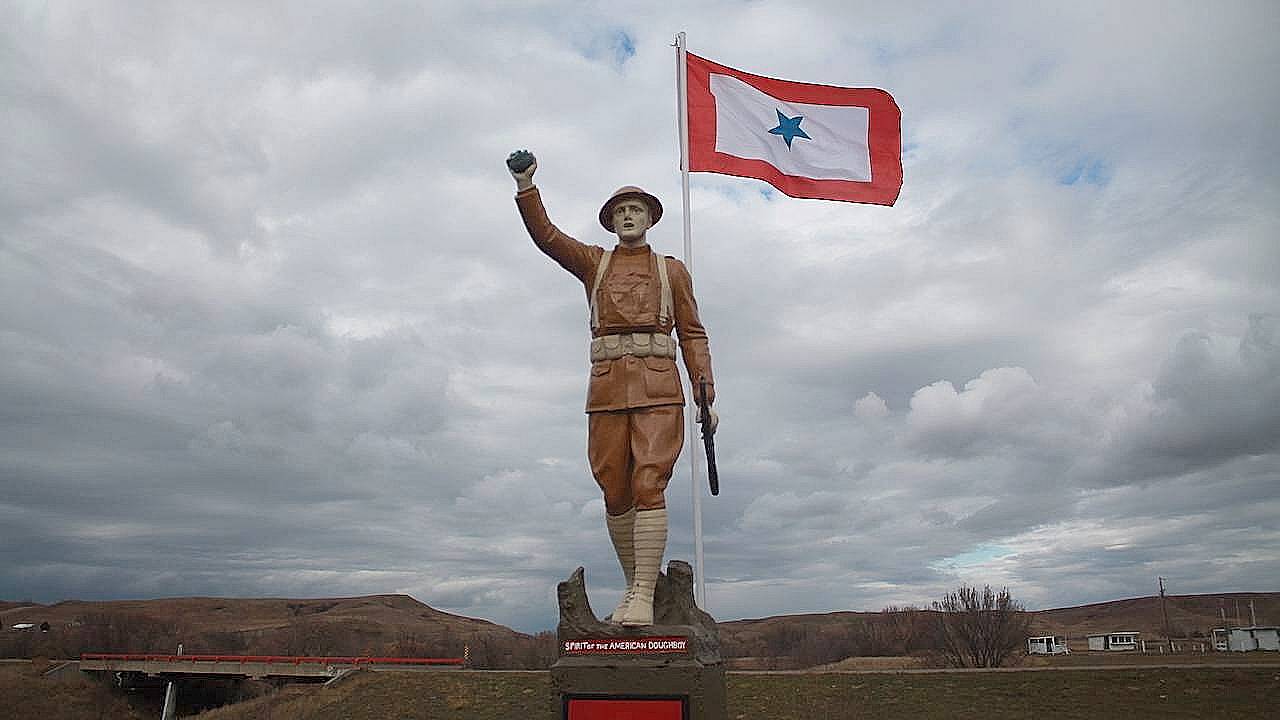 The inscription on the plaque on the front of the base reads:

The inscription on a plaque on the rear of the base reads:

DIED FROM EFFECTS OF WAR
(followed by 10 names)

SERVICE WITH THE FLAG
(followed by 21 names)
The plaque was also made by E. M. Viquesney.  Most of the names listed are tribal, rather than “Anglicized”. The lettering on the plaques, and the title, "Spirit of the American Doughboy" on the base of the statue, are now painted white on a red background.

This monument is one of just three Viquesney Doughboys which specifically recognize the service of Native Americans in World War I. Muskogee, Oklahoma's recognizes "The Five Civilized Tribes" of the Cherokee, Chickasaw, Choctaw, Creek, and Seminole, and the one at Kingman, Arizona honors Sam Swaskegame of the Hualapai tribe who was killed in action in the Marne campaign battle of Blanc Mont, France on October 7, 1918..

For preservation purposes, the Doughboy has been heavily painted several times. The predominant color is now tan (khaki), the rifle and field pack brown, and the face, cartridge belt and shoulder straps white. It appears to be in good condition, but the bayonet is missing.

The Standing Rock Sioux Reservation is located just west of the Missouri River in both North and South Dakota. The larger portion is in South Dakota, but tribal offices are at Fort Yates, North Dakota, about 10 miles north of the line between the states. Bullhead is about 15 miles south of the line.
Although the presentation date on the plaque reads June 29, 1935, the unveiling ceremony was held four days later on July 3. A photograph and description of the unveiling ceremony can be seen at Digital Horizons. Background details in that old photo suggest that the statue and flagpole might have been later moved a short distance to the present location. 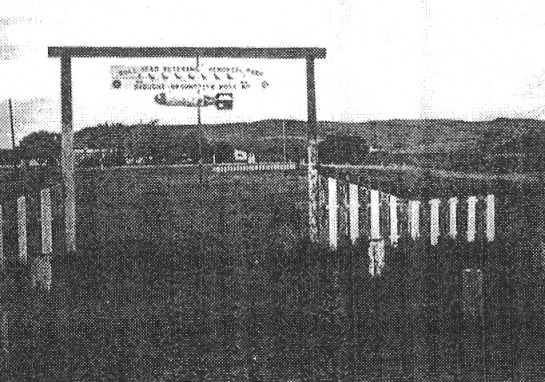 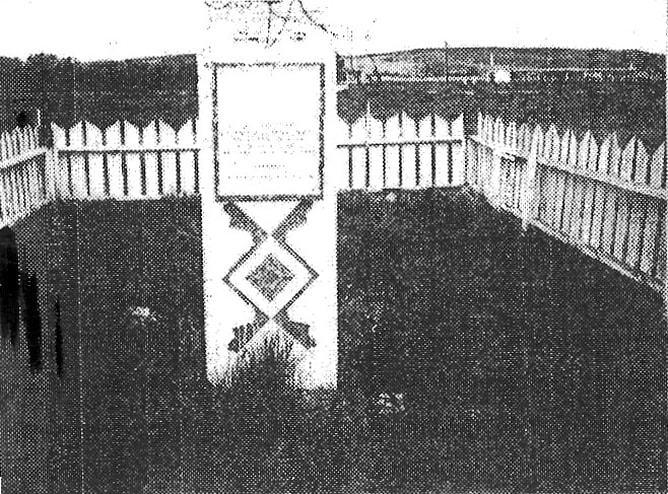 Photo from the files of Viquesney Doughboy researcher T. Perry Wesley.
Above, old photos showing the entrance gate to Veterans Memorial Park on the Standing Rock Sioux Reservation.  Most of the paraphernalia, including the aerial bomb and Native American design motif on the pedestal, is now gone.

Still, every 2nd weekend in August, the Hunkpapa Sioux hold a V-J Day (Victory over Japan) pow-wow at the Doughboy.