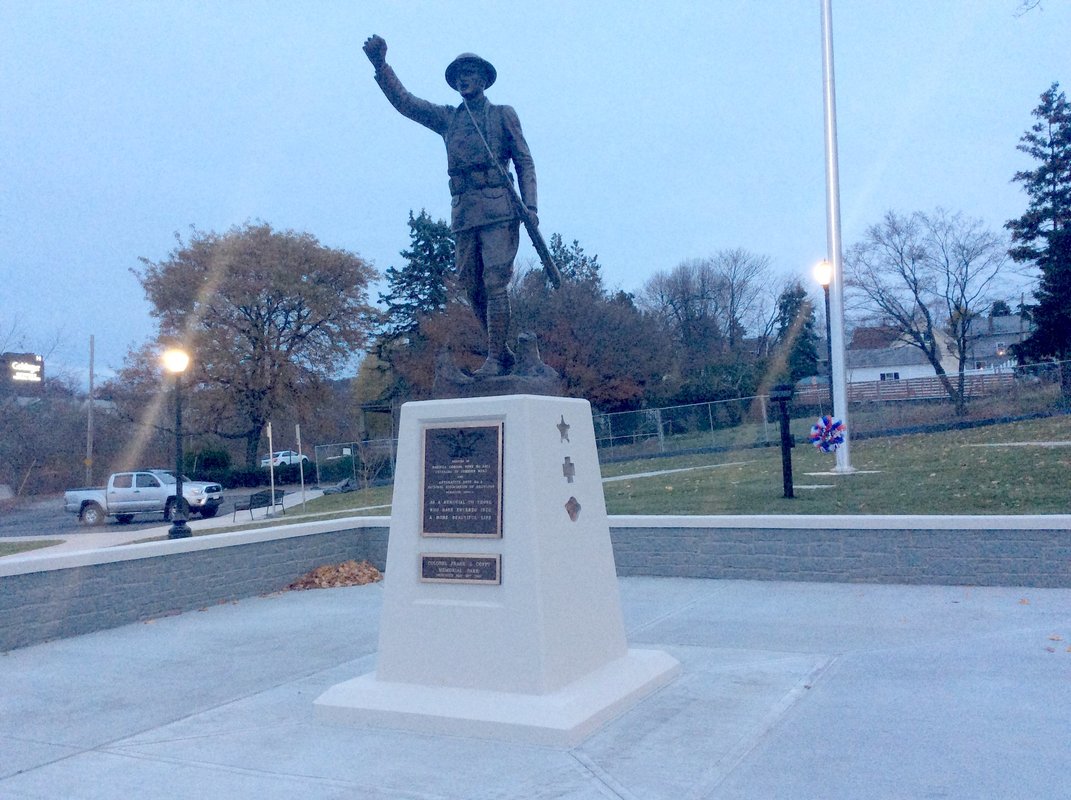 Smithsonian Art Inventory Control Number: NO ENTRY
A new bronze replica of the  Scranton Doughboy and a new pedestal were installed on November 7, 2018 and rededicated on November 11. It is now in a new Duffy Park, north side of Harrison Avenue Bridge, just before it overpasses Central Scranton Expressway. The original zinc statue it replaced is now housed at Steamtown National Historic Site. It was originally dedicated May 30, 1940.

The original plaques have been refurbished and mounted on the front of the new base as before, except that the small plaque honoring Colonel Frank J. Duffy is now mounted below the main plaque. Various other military and organizational emblems have been added and are mounted on the sides, and a plaque on the back denotes the 11 trees planted at the monument to commemorate the end of WWI on the 11th hour of the 11th day of the 11th month, 1918.
The inscription on the large upper plaque on the front reads:

PRESENTED BY
RABIEGA – GORGOL POST No. 3451
VETERANS OF FOREIGN WARS
AND
ANTHRACITE POST No. 4
NATIONAL ASSOCIATION OF REGULARS
SCRANTON, PENN’A


The inscription on the small lower plaque reads: 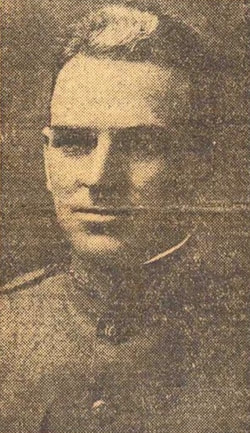 Lieut. Col. Frank J. Duffy. Photo: Scranton Times-Tribune.
​Scranton’s Doughboy is known locally as the “Colonel Duffy Monument” or “Fighting Colonel Monument” to recognize Lt. Col. Frank J. Duffy, a highly respected engineer and highest ranking soldier from the Scranton area killed in the war. He was killed by a mortar shell August 17, 1918, while stepping from a motorcycle sidecar after returning from a reconnaissance mission. He’s buried at Oise-Aisne American Cemetery north of Chareau-Thierry. The driver, PFC Frank G. Flore, was also killed. Duffy Park was set aside in 1934.

Our thanks to Gene Thomas, Tour of Honor member, for the photo and GPS information.