The E. M. Viquesney Doughboy Database
***
DISCLAIMER
​This material presented on this page is meant to be viewed in its historical context only, and in no way reflects the beliefs or opinions of this site's Webmaster.
*** 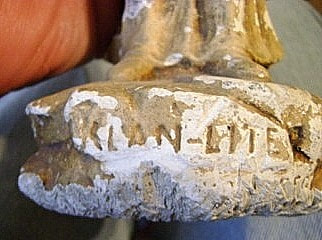 Sculptor E. M. Viquesney was a product of his time, and during the 1920s, it was a time of overt racism, xenophobia, and anti-immigrant sentiment. Thus, one of the rarest and controversial Viquesney pieces you'll ever see is his "Klan-Lite". Billed as "The Wonder Lamp", it was reportedly "moving like wildfire" when introduced in late 1923. For homes in rural areas with no electricity (which was common at the time), there was a slightly less expensive "votive" candlestick version available.
​An alert site visitor researching genealogy records found the ad and newspaper articles below.

Caveat: This material may be upsetting for some people to read through.
​See the disclaimer at the top of this page. 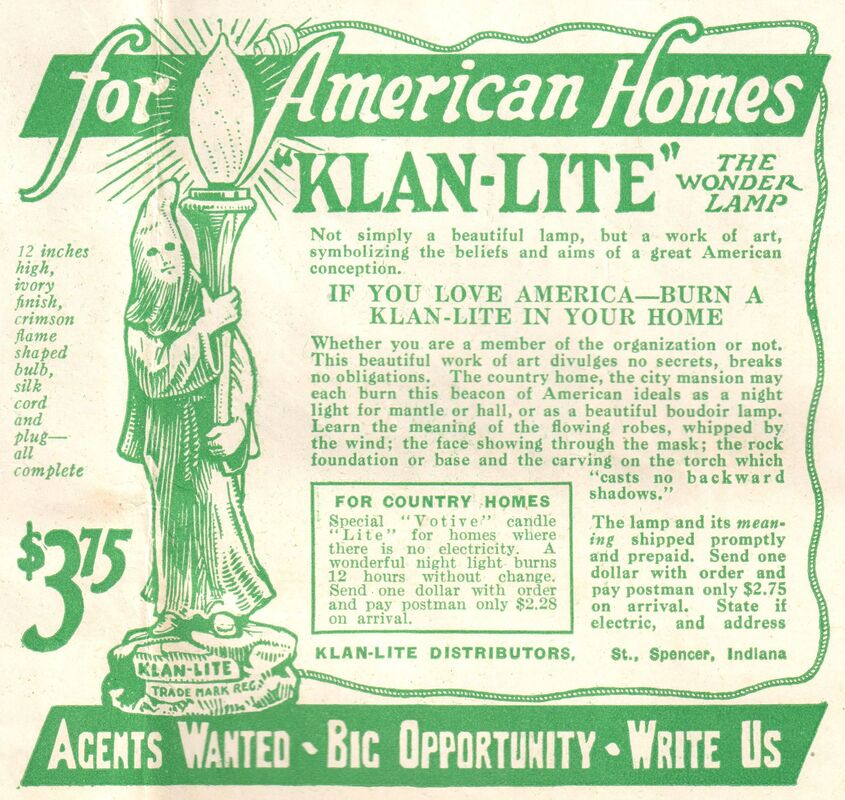 Dawn Magazine, 12-22-1923.
The American Legion award mentioned in the left-hand article below, regarding Viquesney's "Spirit of the American Doughboy" (and the award's subsequent revocation) are discussed elsewhere.
As E. M. Viquesney researcher T. Perry Wesley noted on page 5 of his original 1991 Doughboy report, at the peak of the artist's career it was a time when the government of Indiana was virtually under the control of the Ku Klux Klan, with the governor and more than half the state legislature being Klan members.

There is nothing to indicate that E. M. Viquesney was ever a member of the Ku Klux Klan, but it goes without saying he was a strong supporter.