The inscription on the base plaque reads:

DEDICATED TO THE MEMORY
OF THE
HEROES OF LIMESTONE COUNTY
WHO GAVE THEIR LIVES
IN DEFENSE OF THEIR COUNTRY
IN THE WORLD WAR
ERECTED BY
SIM. B. ASHBURN POST #288
AMERICAN LEGION
NOV. 11, 1929

There is a lot of staining on the sculpture, so it is in need of cleaning and could benefit from substantial refurbishment. Also, until around 1998 or 2000, there was a pronounced bend in the rifle, which was fixed shortly thereafter by one of the Courthouse maintenance men.

In March of 2011, a new spotlight was installed to illuminate the statue at night. The new lighting was obtained by County Maintenance Supervisor Sam Callis and County Judge Daniel Burkeen, who applied on behalf of the County for a grant from the federal government through the American Recovery and Reinvestment Act.

The hedge around the base of the statue has been removed since the photos above were taken, possibly as part of the 2011 renovation. 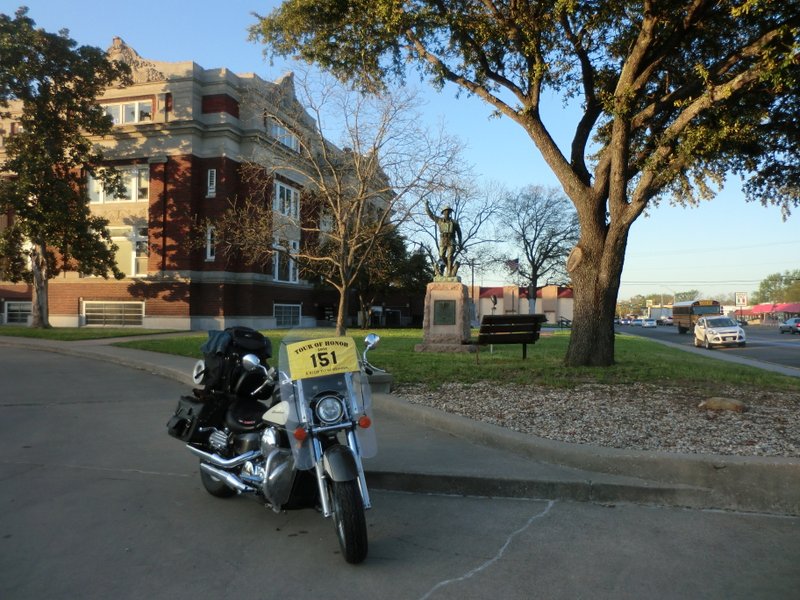