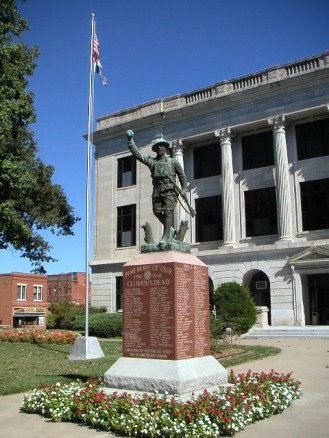 The engraving on the front of the base reads:

Names of 50 World War I dead are on the front, and names of about 360 World War II, Korea and Vietnam dead are engraved on the other three sides.

The Doughboy’s November 12, 1926 dedication had been delayed by one day so some participants could attend the dedication of Kansas City’s Liberty Memorial (largest World War I monument in U. S.) with President Calvin Coolidge the previous day.

Our thanks to Marshall, Missouri resident David Roscher, Roscher Photography, for the photo below, showing the Walter Rylander copyright. 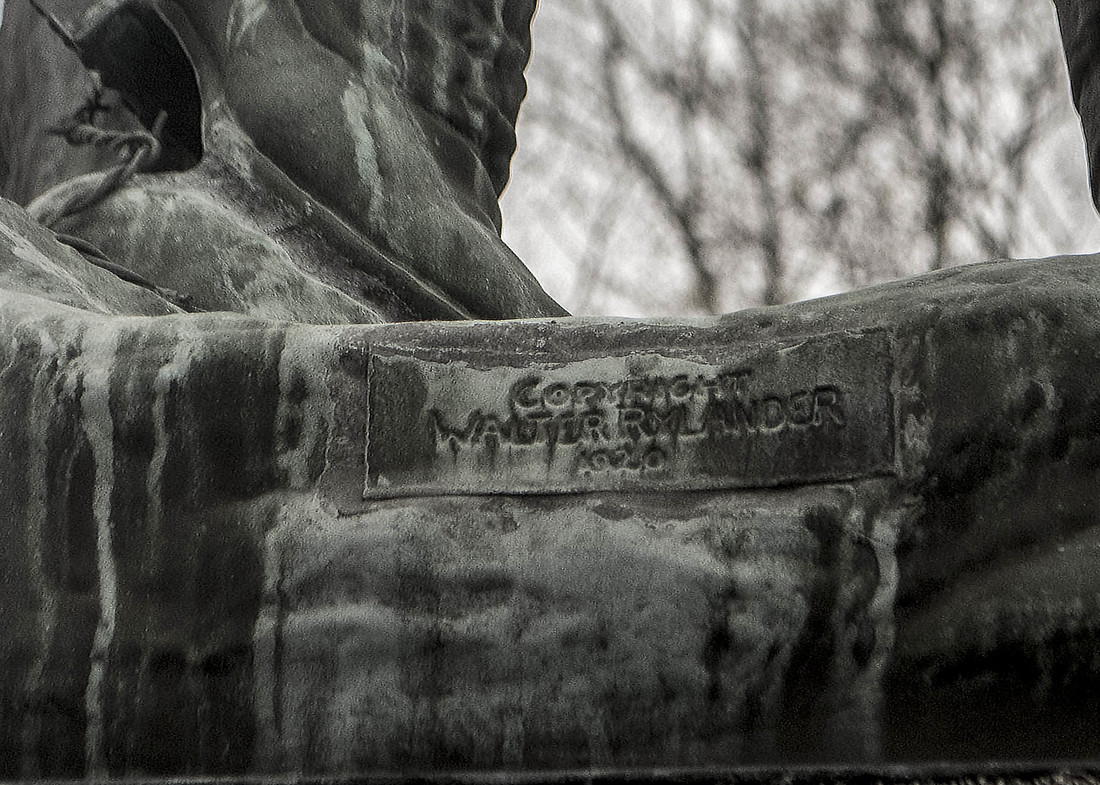 Update August 3, 2021: The statue is restored and has been back on its base for some time.