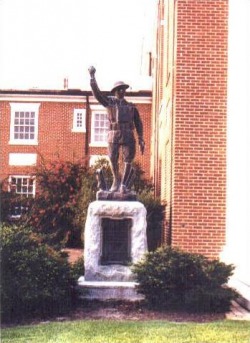 The bottom block of the base is engraved:
THE AMERICAN SOLDIER SPIRIT
(It’s possible that the local carver of the base might have misheard or misunderstood the correct name of “Spirit of The American Doughboy”.)

One of two Viquesney Doughboys that were dedicated November 11, 1921, with Americus, Georgia being the other.

In this, the first year of its production, the sculptor already had five copies of his soon-to-be-famous monument on public display: The two above, plus Greenville, South Carolina; Nashville, Georgia; and Hartford City, Indiana.

In ensuing years, sales of Viquesney's Doughboy would far outstrip those of any of his competitors.

Below, an old photo of the Doughboy at the courthouse. 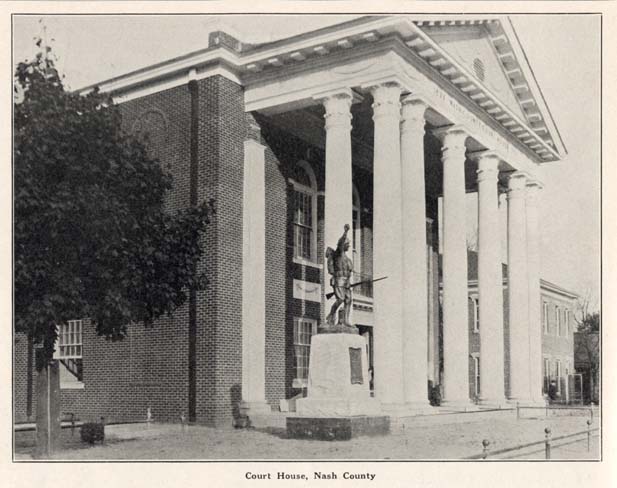